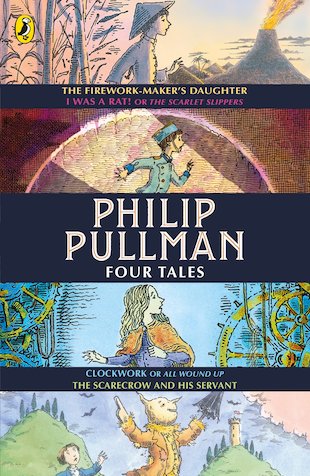 Spooky, spine-tingling fantasies by the author of Northern Lights: just right for dark moonlit nights! What does Philip Pullman do when he’s not penning grand epics like His Dark Materials, or signing copies of his books, or being interviewed for the papers? The answer is, he writes rather wonderful fairy tales. And here’s your chance to discover them! First there’s Clockwork: the dark gothic story of a German clockmaker. Next up is I Was a Rat, set amid the murky backstreets of Victorian London. And you’ll love The Firework-Maker’s Daughter and The Scarecrow and His Servant: dazzling quests full of adventure and colour. Simply magical stuff.