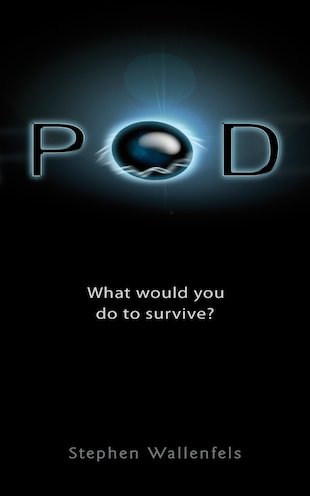 “The sky is full of giant spinning black balls that kill anyone stupid enough to go outside… Now I sit alone in the car, staring out the window like a rat in a cage… The parking garage is empty, except for twisted-up cars, broken glass, and the smell of leaking gasoline.”

One day, black pods appear in the sky. Hovering. Waiting. Zapping anyone who goes outside. As the huge alien spheres hover menacingly in the sky, life in the world below screeches to a standstill. Will is stuck in a house in Washington with his increasingly obsessive father, as food and water begin to run out. Megs, a streetwise twelve-year-old girl, is trapped in a hotel carpark in LA. But the hotel next door is under the control of vicious security guards. They want something Megs has, and they’ll do anything to get it… When the aliens invade, the real enemy becomes humanity itself. What would YOU do to survive, stuck in the shadows below?

“This masterful debut grabs readers by the throat from the first page and never lets go.” Kirkus starred review

“An intense novel of humanity’s reaction to an alien invasion… fast-paced and engrossing.” Publishers Weekly