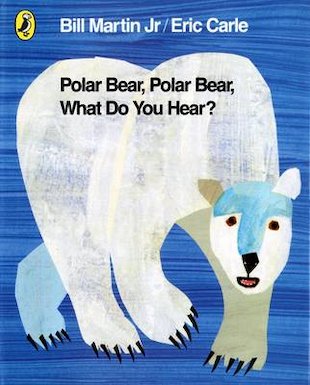 When Polar Bear sets off for a stroll, he notices all kinds of strange noises. Who’s making that roar? And what is that trumpeting sound? Listen along with this bear as he discovers a world of wildlife, from flamingos to snakes, through the noises that exotic animals make.