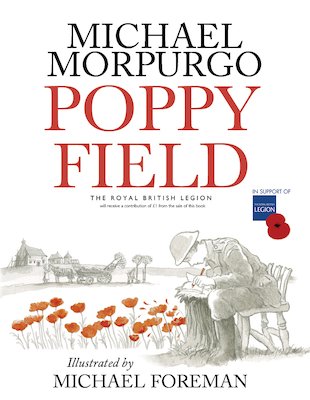 Utterly essential. The stirring tale of the Remembrance Day poppy, told by the author of War Horse. In 1915, in war-torn Belgium, a soldier named John McCrae writes the famous poem In Flanders Fields. But neither he nor the local village girl who saves a discarded draft of it has any idea of the huge power it will exert on generations to come… Michael Morpurgo teams up once again with master illustrator Michael Foreman to tell a haunting story from the First World War trenches. And who better to tell it than this legendary duo? A story about remembrance. A book you’ll never forget.