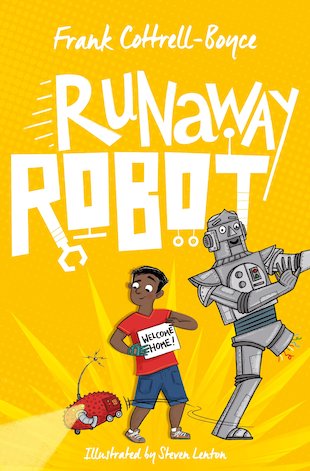 One bionic boy. One rogue robot. Can they help each other out? When Alfie goes to Airport Lost Property, he finds more than he bargained for. There’s a giant robot called Eric hidden on the shelves! Eric has lost one leg and half of his memory. He’s ancient and obsolete. And he’s super strong, but also super clumsy. Thing is, Eric can be dangerous. He spits fire when he’s worried. He’s magnetic when he’s anxious. Plus, he keeps smashing things up by mistake. Oh, and the other thing is: Alfie has his own weird history that’s left him slightly broken up. Can Alfie save Eric from the scrapheap? And can these unlikely buddies help to fix each other?