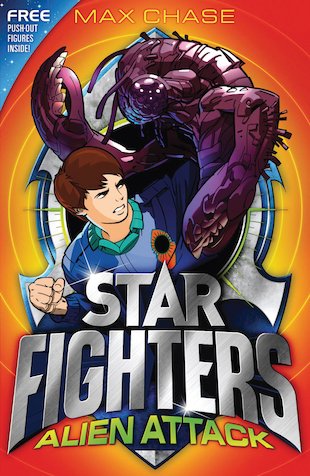 It is the year 5012 and the Milky Way galaxy is under attack. Defending it is the Intergalactic Force – an elite fighting team. Does eleven-year-old cadet Peri have what it takes to become one of the Force’s Star Fighters?

Peri is a bright, brave first-year student at the IF Academy, desperate to make his mark. Now he has been selected for a rare unsupervised exercise in space, paired with Diesel, a half-Martian from the Academy. But when they witness Earth coming under bombardment from Xion spaceships, they find themselves trapped behind the controls of the Phoenix, the most advanced space vessel known to man! As the Solar System is torn apart by a war between the Xions and the Meigwors, how will they make their way back home?

most of you thought this was not for you