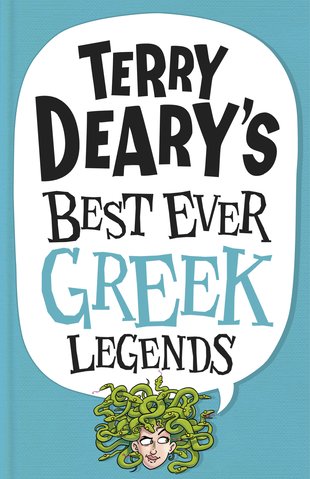 So monstrous Terry couldn’t make them any nastier. But he’s added killer laughs and comic strips. Like your myths with a Horrible twist? Plus a lot of yucky jokes? Try this book. Now, I know your teacher told you that the Greeks were civilized. But I bet they didn’t tell you the NASTY BITS. This book will! It’s like a police line-up of legendary villains. Medusa. (Turns warriors to stone.) Oedipus. (Kills his dad, marries his mum. Yikes.) The Minotaur. (A monster you wouldn’t want to meet in a dark maze.) But don’t panic: there are good guys too. Honest. The greatest heroes of all time, in fact.