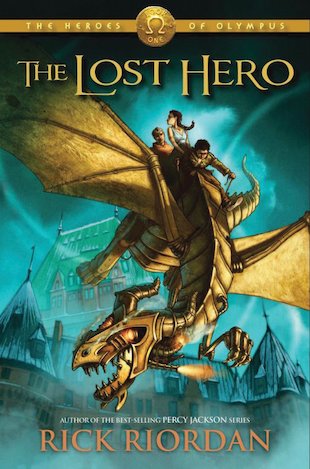 The Heroes of Olympus: The Lost Hero

Back to Camp Half-Blood!

Maybe you thought it was all over for Percy Jackson and the gods of Olympus. But not so! Rick Riordan’s storming new series sweeps you back into Percy’s world of demigod heroes and ravenous mythical monsters! Jason has no idea where he is or who he is when he wakes up on board the Wilderness School bus with a bunch of juvenile delinquents. But when they’re attacked by storm spirits, his companions reveal themselves to be much more than human. And things only get more confusing when they meet a girl, Annabeth, who is trying to find her missing boyfriend, Percy Jackson…

“Riordan’s storytelling is as polished as ever, brimming with wit, action, and heart.” Publishers Weekly