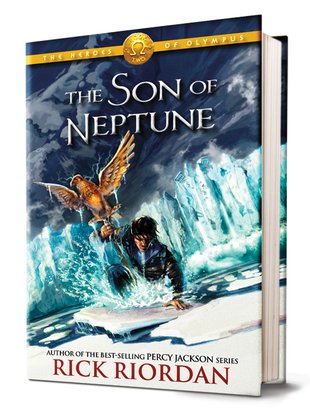 The Heroes of Olympus: The Son of Neptune

Percy is back again – and this time it’s Roman! Yup: our favourite demigod has returned. (Bet you’re as excited as we are.) And once again, he’s being hunted by monsters. Yay! Only problem is, he can’t remember who he is. He’s washed up at a Roman half-blood camp where they can only figure out one thing: he appears to be the son of Neptune, god of the sea… Taking Rick Riordan’s original series concept into brand new Roman territory, this stonking second Heroes of Olympus adventure brings you brand new demigods, fearsome new monsters and a brand new camp of half-bloods. Oh yes, and the most important quest of all: the Prophecy of Seven.