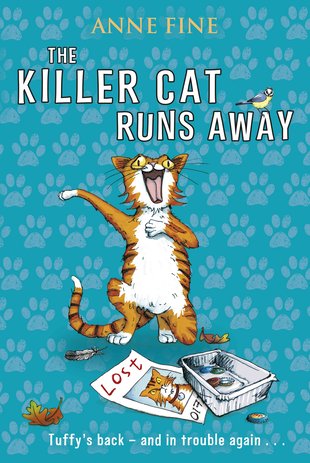 The Killer Cat Runs Away

Is he chasing a bird? Stalking a rabbit? No: he’s leaving town. Nobody appreciates him. Poor Tuffy. He’s sick of being hated. He kills the neighbours’ annoying pet bunnies. He murders pesky tweeting birds. But nobody ever says thanks. Even his owners don’t seem grateful. So what if he broke the new TV? Got fur over Dad’s clean clothes? Ate Tinkerbell’s special kitten-food? All accidents. But they’re making such a fuss! So Tuffy runs away… Brand new killer laughs: a book to die for. (Tuffy will help with that if you ask nicely.)