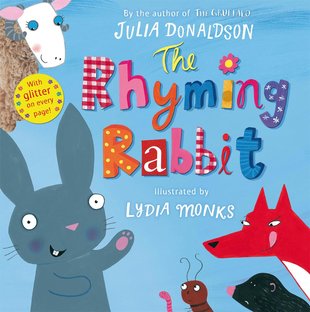 Rhyming Rabbit loves to share his poems. Problem: nobody wants to listen! When he recites a verse, the other rabbits hop away. No one claps or says ‘well done’. They just want him to be quiet! Poor Rhyming Rabbit feels lonely and left out. Will he ever find a friend who loves his verse? A charming rhyming story of friendship, fun and poetry from Julia Donaldson and Lydia Monks: the genius creators of What the Ladybird Heard.