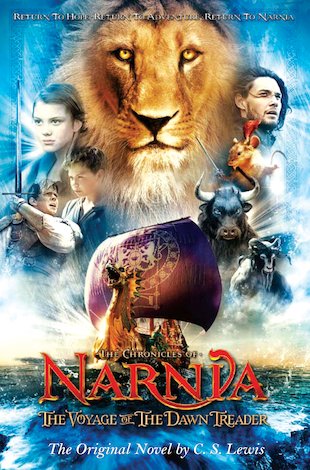 The Voyage of the Dawn Treader

Narnia. Where a dragon awakens. Where stars walk the earth. Where a ship, the Dawn Treader, embarks on a voyage to the very ends of the world… Aboard the Dawn Treader, Edmund and Lucy join Prince Caspian, searching the Eastern Seas for lost friends of his father. Many miracles and dangers await them on their journey. As our friends – with their beastly cousin Eustace in tow – embark on their fateful voyage, they discover that their quest is much greater than they imagined, and that the world’s end is only the beginning. And soon they sail far out of charted waters, beyond all known lands, and into the arms of a faithful old companion… The complete and unabridged text of C S Lewis’s classic novel, in a handsome new edition to celebrate the latest Narnia film!