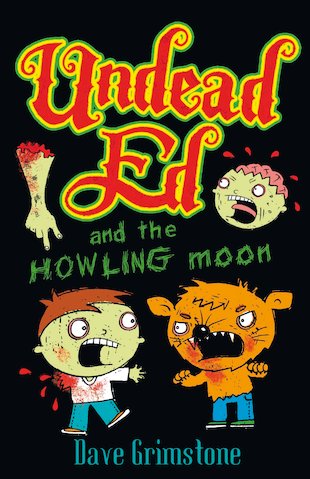 Undead Ed and the Howling Moon

Forget everything you’ve heard about werewolves, zombies and vampires. Ed Bagley’s going to tell you the single most important fact you’ll ever learn: BEING UNDEAD SUCKS… especially when you’re a kid!

On his thirteenth birthday, Ed is hit by a truck and killed. But things go from tragic to freaky when he wakes in the sewers beneath the town of Mortlake, with only a note from his missing left arm to explain that he’s undead! Now he’s a zombie, a walking corpse whose skin rots away at midnight. As if all this wasn’t disgusting enough, there’s a lunatic murderer on the loose – and it seems to be Ed’s missing arm, which is on a killing spree! A howlingly funny look at the life of an undead misfit, perfect for any fan of Diary of a Wimpy Kid.