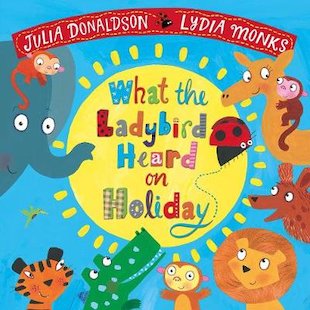 What the Ladybird Heard on Holiday

Psst! Have you heard the word about your favourite ladybird? She’s heading to the big city for a well-deserved break. She strolls in the park, visits the palace and rides on a river-boat. But naughty crooks Hefty Hugh and Lanky Len are up to their tricks again. They’ve hatched a wicked plan to kidnap Monkey Joe, and force him to steal the Queen’s crown! Oh no! Will the ladybird be able to stop this terrible two – with some help from the noisy animals at the zoo?