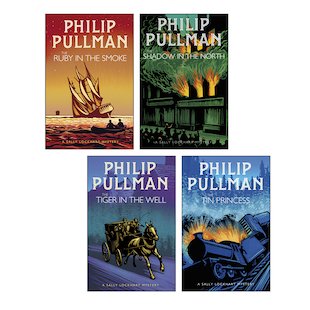 Blood-and-thunder Victorian mysteries (with just a touch of steampunk) from a genius we’d sell our souls to write like. Sally Lockhart rides like a Cossack and shoots like a demon. Our kind of heroine, then! Hunting her father’s killer through London’s seedy underworld. Using her pistol to hold off three kidnappers in a quiet tea shop. Solving a royal mystery that could blow the lid off Europe. Warning: don’t mess with Sally Lockhart. She’s not your normal girl next door…