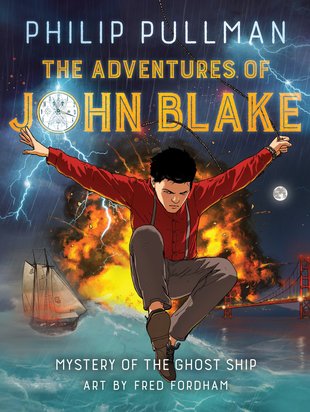 The Adventures of John Blake: Mystery of the Ghost Ship

Philip Pullman’s storming, sea-splashed graphic novel whisks you to the edge of time for a pocket-money price. How’s that for a bargain fare? Hop aboard the Mary Alice: a ‘ghost’ ship that sails far out at sea, hidden by the fog of time. People with money and power have spent centuries trying to find her. They’ve always failed – so far. But when a storm hits a family yacht, throwing a young girl overboard, John Blake dives in to save her … and brings her aboard the Mary Alice...